Is Your Printer Spying On You? 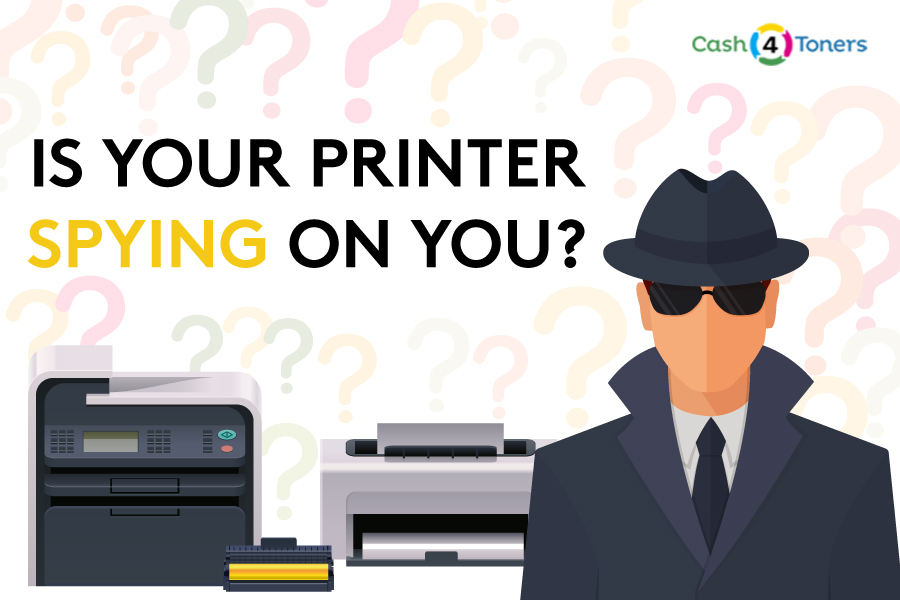 Is your printer spying on you?

Yes, it is. So is your mobile phone, your car, and your web browser.

Machines keep records in their memory banks. Most of the time these records get destroyed when your electronic devices are trashed.

However, if you’re ever involved in an investigation, your devices provide clues about how they were used. Police track cell phones and credit cards to solve crimes.

Your printer has a story to tell too.

Printer stenography studies the history of printers and copiers.

This branch of forensic science uses digital clues to tell which machine printed a certain document and what time it was printed.

Printer forensics outed Reality Winner as a government whistle-blower in 2018.

As a result, people looked twice at their office printers. In addition, activists looked for software encryption solutions.

The Machine Identification Code was introduced in the mid-1980s to stop counterfeiters.

The United States Treasury, and governments around the world, feared color printers could be used to copy money.

As a result, Xerox created the Machine Identification Code (MIC) in the mid-1980s.

Every printer prints a series of repeating yellow dots know as the MIC.

The dots appear as tiny black spots when viewed under ultraviolet light, but are invisible to the naked eye.

In addition, color scanners spot the yellow dots on American cash, preventing bills from being scanned.

In October 2004, PCWorld reported Dutch police caught two forgers by tracing their fake money back to their Canon laser printer.

The grid of yellow dots show the date and time the document was printed. In addition, it also shows the printer’s serial number.

In August 2018, Reality Winner, a former intelligence officer, admitted to leaking documents to a news outlet.

Investigators used the MIC to tell when and where the documents were printed.

The MIC, cross-referenced with security footage, revealed Winner as the whistle-blower.

The MIC Through The Years

The MIC changes with the times. In 2018, scientists at the TU Dresden studied 106 printer models and found four types of codes.

While privacy seekers look for ways around the MIC, governments and printer makers stay one step ahead.

Furthermore, changes in laser strength and text shading can also be used to track printers. However, it is unknown if such methods are being used.

In addition, the EURion constellation (or Omron rings) is a pattern printed on currency. Color copiers know the pattern and will not copy currency.

Want to avoid the MIC? For starters, you can buy an older printer that doesn’t use it.

In addition, the Samsung CLP 500 series and several models of older Oki laser printers are MIC-free.

However, there are other ways to avoid the MIC.

In addition, it appears inkjet printers and black-and-white laser printers do not use the MIC.

It’s unknown if inkjets and black-and-white laser printers use another type of tracking code.

Printing Statistics: Printing by Numbers in 2022

A look at the latest printing statistics shows how the landscape of professional printing continues to change and evolve. The professional printing market once centered around putting text on paper, in the form of books, magazines, and newspapers. This was the precursor of the Information Superhighway when information was kept with paper and ink. Modern […]
Jan 02, 2022 Read More

School is a drag, but a perky printer can liven up any student workspace! As 2020 fades into the sunset, let’s look ahead to the best printers for students in 2021. Do You Even Need A Printer For School? Many students can probably get away without one. Most colleges and universities have facilities on campus […]
Nov 08, 2019 Read More

A multifunction printer (MFP) or all-in-one printer (AIO) is the Swiss army knife of office machines. It prints, it scans, it copies…plus, it’s a fax machine! One awesome machine, so many functions! Here’s a look at the best all-in-one printers of 2022. Thanks for keeping our office running, MFP!
Oct 03, 2019 Read More
Back to all articles